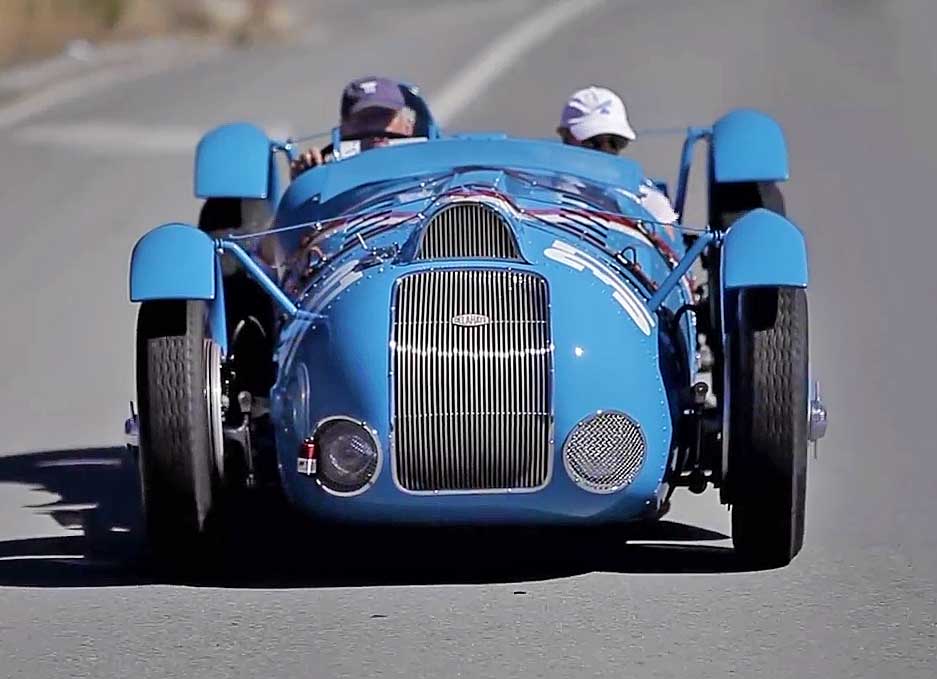 In this video Peter Mullin of the Mullin Automotive Auto Museum tells the incredible tale of the 1937 Delahaye V-12 racing car. The French racer was financed by American Lucy Schell and won the prestigious “Million-Franc” prize that was posted by the Auto Club of France at the capable hands of driver Rene Dreyfus. At the same time, it proved to be superior to the Mercedes-Benz Silver Arrow.

Later Rene defeated the Mercedes Silver Arrow team again at the 1938 Grand Prix of Pau. Hitler then ordered his men to find and destroy the car, and Dreyfus headed to New York City before World War II. The Delahaye was buried in the French countryside to save it from the Germans, and it survived the war.