This summer I received an Email from Dave Nevers from the Greater Illinois Region of the Classic Car Club of America informing me that the Zippo Car would be at McCormick Place in Chicago at the end of August. Dave has an innate need and ability to dig deep for car stories. He can be counted on to search the internet for small but also very interesting stuff. The Zippo Lighter Car was now in my sights.

It was the Ace Hardware convention at McCormick Place that the Zippo car was being brought to. I find myself going to McCormick Place quite often. Many trade shows are open to the public and you never know what kind of magic is going to appear.

With the knowledge that the car was coming to Chicago I found the Zippo website and made contact with the Marketing Coordinator, Andrew Beck. I made sure that Andrew knew that driving shots of the car were important to me. We were to meet at the hotel where the Zippo people were staying the day before the McCormick Place event. I waited for the email that they had arrived in Chicago. And I waited.

Somewhere along the way on the drive from Pennsylvania the transmission on the tow vehicle went bad. They arrived very late and only had time to get the car into position in the Zippo display in McCormick Place. I suggested getting my driving shots in McCormick Place as they were unloading the car and driving it to their booth. Apparently security there does not allow for these kinds of transgressions.

On the opening day I arrived early and met Andrew. I received my pass and we made our way to the car. At last, there it was. 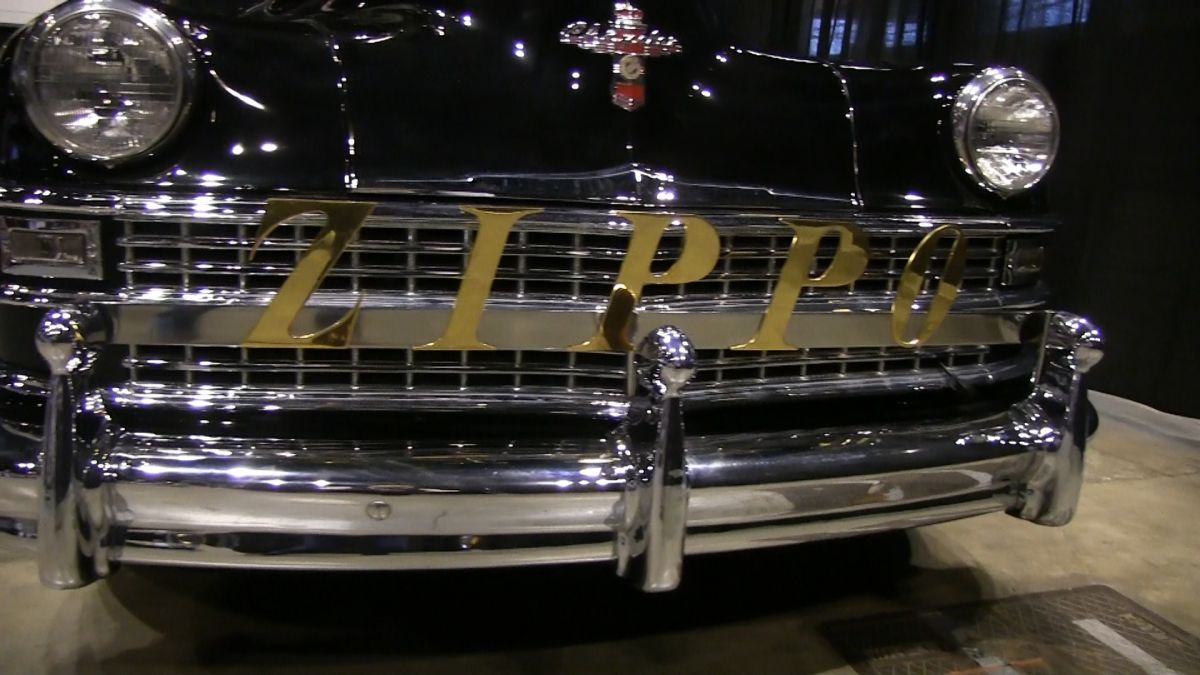 As a YouTube video project it went well. I feel like I might be one of the luckiest people on earth for the vehicles that I get rides in. But yes, no ride in this one. Zippo has a museum in Bradford, Pennsylvania where if the car is not touring it can be seen. The next time that I am in Bradford I will stop by and say Hi. Maybe then I will get a ride. It is important in life to have stuff to look forward to.